Brigand Brewer is undertaking a MOOC (Massive Open Online Course) in Innovative Cascadian Poetry, at Cascadia College in Bothell, Washington – under the guidance of Jared Leising. Naturally, he is using a nom de plume in the course.

This week’s assignment was to discuss Vancouver’s TISH poetry magazine, which had its heyday in the early 1960s.

As always, one must begin with a sense of place, followed almost immediately with a sense of history. One of the challenges faced by TISH and other Cascadian poets (as well as other creative persons) is that San Francisco has been, is and probably always will be the capital not only of North and Central California, but also of Cascadia, despite the bioregion having three great cities of its own – Portland, Seattle and (this week’s subject) Vancouver. I am not quite sure what one can do about San Francisco’s cultural dominance, except to note that it extends further north than south, because of competition from Los Angeles. When one asks about poems/ artifacts and their connection with TISH aesthetics, it strikes me that it is resonating with greater San Francisco. Yet, the original source of inspiration to TISH was undoubtedly Black Mountain College. Its closure in 1957, and the movement of many of its most influential poets to San Francisco, reinforced San Francisco’s status.

Why couldn’t poets at the University of British Columbia find their aesthetic inspiration from Canadian sources? As I write this I am trying to find my own inspiration from a watercolor in my living room, painted in 1909. It is of someone in a dugout canoe, a deserted beach and the mouth of the Capilano River between North and West Vancouver, with the Lions (mountains) in the background. What did those early settlers seek in a wilderness? It has always been easier to travel north and south, both inside and outside of British Columbia than eastwards. British Columbia only joined Canada because of the promise of a railway, and in many ways, its attachment to eastern Canada was originally only as thick as the railway line, and some nonsense about “The Empire”. It is thicker now because of several highways leading into Alberta, but the thickness measures in meters, rather than hundreds of kilometers. The empire is dead, and its replacement, the commonwealth, is dying. My maternal grandfather from northeast England knew he wanted to immigrate to Cascadia, although I am also sure he never knew its proper name. In 1910, he endured a sea journey from Liverpool, followed by a rail journey from Montreal. Arriving in the Promised Land, he flipped a coin to decide if he should stay in Vancouver or travel onward to Seattle.

As noted in the Canadian Encyclopedia’s article on TISH, “Most controversial among TISH poetics was the conviction that poets can co-author their poems with the local physical and cultural environments in which they write, as well as with the language itself, and must be alert to explore such interactions. In this they were working from both New England poet Charles Olson’s influential essay, “Projective Verse,” and its suggestion that place and history offer cultural fields of force which can energize one’s writing with “secrets objects share,” and Robert Duncan’s belief that the images, rhythms and sounds of one’s own lines can point the way to unanticipated subsequent lines and subject matter.”

I try to enter the mindscape of the original TISH poets about 1960, fifty-six years ago. Help comes from the Chuck Davis History of Metropolitan Vancouver, as well as online resources.

British Columbia has not always been a cultural mecca. It’s economic history has always been focused on resource extraction. First, fur trapping, then the Fraser goldfields, followed by more mining, including coal on Vancouver Island, and more valuable minerals in the Slocan Valley. There are rich soils for farming in the Fraser Valley, and less fertile land suitable for ranching in the interior. Irrigation has allowed fruit farming in the Okanogan Valley. The sea permitted harvesting of vast fisheries resources. Forests have also been major resources to exploit.

From its first settlement to at least the 1950s, British Columbia was racist. The Canadian Pacific Railway used Chinese labor, but Canada imposed a head tax on Chinese immigrants in 1885. Sikhs faced extreme difficulties in exercising their rights as British Subjects, most famously in the Komagata Maru incident of 1914. Internment and restrictions were placed on 20 881 Japanese Canadians from 1942 to 1949.

Yet, it has also been a home for the religiously oppressed. Between 1908 and 1912, about 8 000 Doukhobors moved to the British Columbia interior. They were pacifists, living communally, with little regard for materialism or education. In 1953, children of Sons of Freedom Doukhobors were forcibly interned in the same New Denver residential school that previously served Japanese internees. The Sons of Freedom retaliated with arson, and nude protest marches. At Argenta, a Quaker meeting was established in the 1950s by three families who had been school teachers in California. They refused to swear an oath of loyalty to the United States, and lost their jobs then moved to Canada.

In 1958 British Columbia celebrated its Centenary of the mainland colony of British Columbia. Century Sam reinforced a mining heritage. This was also a time when the transportation infrastructure began to expand, with the Trans-Canada and Hope-Princeton highways opening up the interior, and British Columbia Ferries improving connections between the mainland and Vancouver Island. Notorious Ripple Rock was blown up in the largest non-nuclear explosion to that time. Located near Campbell River, it had sunk more than 100 ships and taken more than 100 lives.

After the depression of 1929 and throughout much of the 1930s, modern life was kickstarted with the return of veterans from World War II. Time to conceive the boomers. But to begin with those modern times had their challenges. Housing, then as now, was a scarcity.

Personally, I regard the start of Cascadia’s modern era with the opening of Seattle World’s Fair in 1962. In particular, I remember taking the high speed elevators in the Space Needle, as well as travelling on the Alweg monorail. Then, there was some house of tomorrow, with its electronic wizardry. During this period most North Americans were caught up in the Space Race, and the cold war. By October, Modernity had descended into fear. With the Cuban Missile Crisis, and America’s nuclear Naval Submarine Base Bangor, housing a fleet of nuclear submarines. There were real fears that we would end up like the citizens of Hiroshima in a holocaust of radiation sickness outside a bomb shelter, or dying of starvation inside. With the assassination of president Kennedy in 1963, the modern age came to an end, after 580 days.

To end this summary of the TISH timeline, I will conclude with some approximate dates for the start of my own personal Post Modern era. The Vietnam War caused enduring pain. As Canadians, we were not directly involved with it. Indirectly, we befriended draft dodgers and deserters. In 1964, LSD came to the attention of the world. A child had eaten a sugar cube containing this unknown substance. We were curious and our chemistry teacher spent one hour giving us detailed information about it. A kilometer away from my house, at the Hollywood Hospital in New Westminster, “Acid” Al (Cappy) Hubbard, was becoming the Johnny Appleseed of LSD. Read all about it: https://pasttensevancouver.wordpress.com/2010/09/04/acid-al/

What do the artifacts reveal? Beginning with the TISH editorial, one can immediately see that this is no Century 21 journal. Nor does it retreat to the delicate world of William Morris’ Arts and Crafts Movement. Instead, one descends into a mimeograph underground. One wonders if the editors would have preferred to write disposable poems, printed on toilet paper, if it was technically possible. They confess to an obsession with sound, which doesn’t always come through on the videos of Marlatt, Bowering and Wah.

Acknowledging a liking for puns, one wonders what sort of movement the editors share with other people? The term bowel, comes to mind, and is reinforced with “coins dropped in its slot” and “TISH will be always on the bum.”

Arendt Oak Speser wrote one of the discussion postings that awakened interest: “I’m always struck with the difference between poets that listen and those that don’t. And sometimes good poets stop listening; I tend not to like the poems that come after that.” I wondered if he was trying to convey something similar to Greg Bem: “… none of the video recordings really resonated with me, …” then continues in another posting a quotation from Richardson dismissing Canada as an entity for poetic composition. Perhaps that is the ultimate fate of TISH. It fails to resonate with its intended audience.

Unlike Joe Chiveney, I never felt that Cascadia with its densest green, was a place to escape to. Even short distances take time, when mountain passes determine every east-west route. I am more inclined to agree with him that authenticity is important. However, I expected him to add that people lacking real authenticity, should at least try to project fake authenticity. I am not certain that everyone has the capability of being truly authentic. Rather, they purchase the latest iPhones and Teslas, and pretend that consumption is living. Perhaps I am being too, critical. I am forgetting Joe’s advice that people “who live in wood houses should not be throwing matches”.

If I comment on Teresa Lea Schulze, I have to agree with her that traditional poems, Blake as an example in my case, take me to a harmonious realm, where I feel secure. I am not sure that I like the world TISH inhabits. I am not sure that I am capable of using the vocabulary they use. At the same time, I am not certain that TISH are true revolutionaries. Brendan McBreen’s reference to Matsuo Bashō was most appropriate, in stressing that poets are not followers, but seekers.

I would like to thank Carol Blackbird Edison for pointing out Daphne Marlett’s use of water as a unifying Cascadian force, and her vision of the rainstorm as a drumming call. I also agree with her that a sense of “soul” was something that was lacking during the early TISH period. However, I am uncertain if the TISH poets provided any of the impetus that encouraged many to seek alternative spiritual understandings. I am not sure that they were leaders promoting an understanding of First Nation cultures, or that they were instrumental in encouraging feminism, or reducing the rampant racism of the time. Regardless, I am very happy that we are celebrating ethnic diversity.

Perhaps the most revealing note I have read this week comes from  https://en.wikipedia.org/wiki/Jamie_Reid_%28Canadian_poet%29  Some time around 1969 Reid “joined the Communist Party of Canada (Marxist-Leninist) and stopped writing for 25 years in favour of political activism “because [he] didn’t have a way of working the language of politics into the language of poetry.” Relevance in a time of austerity is possibly the challenge poets face in our current age, and think particularly of the works of Thomas Piketty, “Capitalism in the Twenty-First Century” and Robert J Gordon, “The Rise and Fall of American Growth” and their concern for growing inequality, and the massive wealth extraction undertaken mercilessly by the elite. 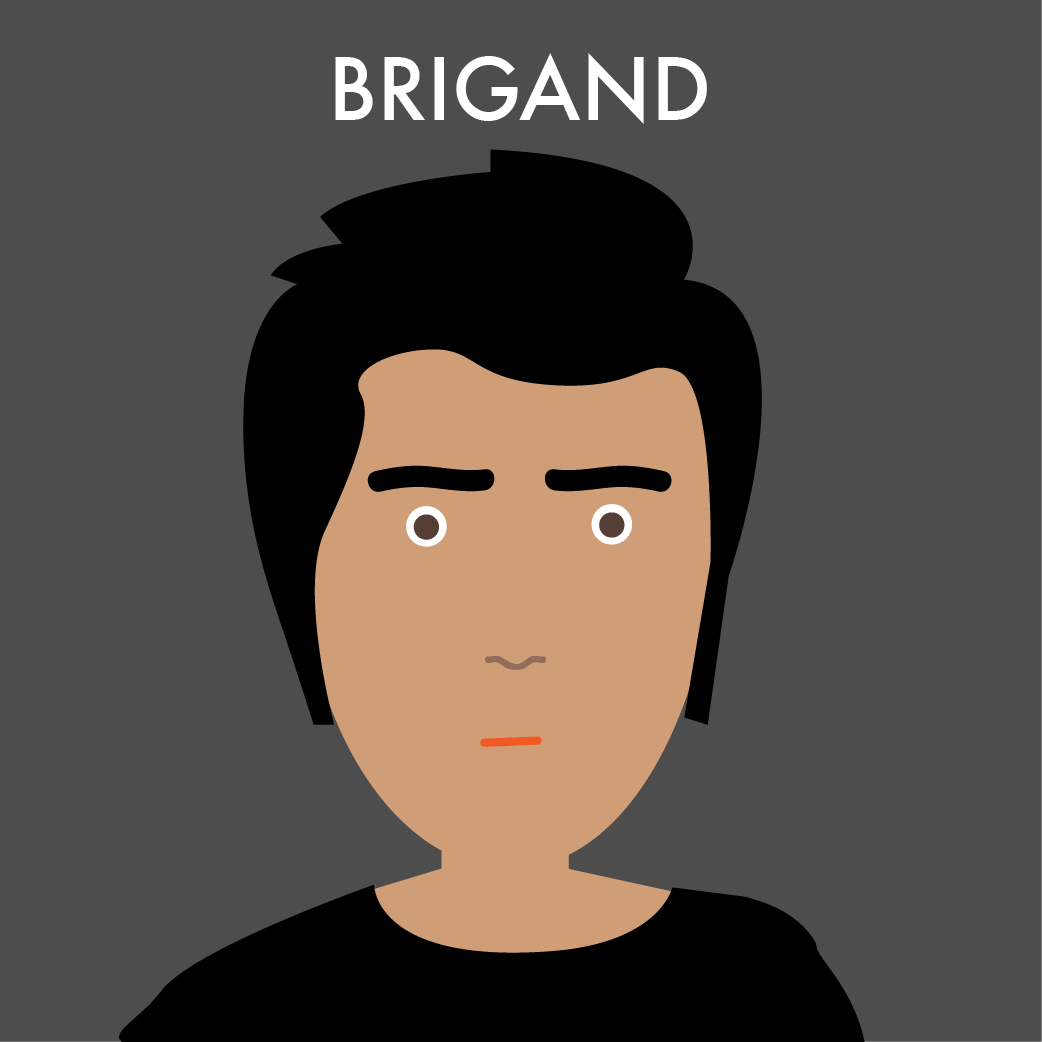