Cheap table saw blade guards are seldom worth the plastic they are made of.

One reviewer suggested that potential purchasers of table saws should disregard the saw blade guards that come with the machines. They will probably have to be replaced with more appropriate equipment. Recently, I was happy to have been given that advice. When a 25 kg sheet of Baltic birch plywood crashed into my guard it shattered, with two large broken pieces the result.

A temporary repair involved the disassembly of the two main plastic parts. Contact cement was then used to glue each broken pieces to its main piece. Finally, the two main parts were assembled again. If this guard is ever used again, it will be further reinforced with duct tape. While the repairs were being made, I was building the next iteration of a saw blade guard in my mind.

The guard was actually not fit for purpose. While the guard had its own connection to the dust collector, it was unable to accommodate sheets of plywood because its hose was in the way. Thus, I had to disconnect the hose while cutting the plywood.

Marmot is the brand name of products I make for my own personal enjoyment. During the design process of the saw blade guard, I made 4 iterations of the design, designated V (for version) 1 to 4. 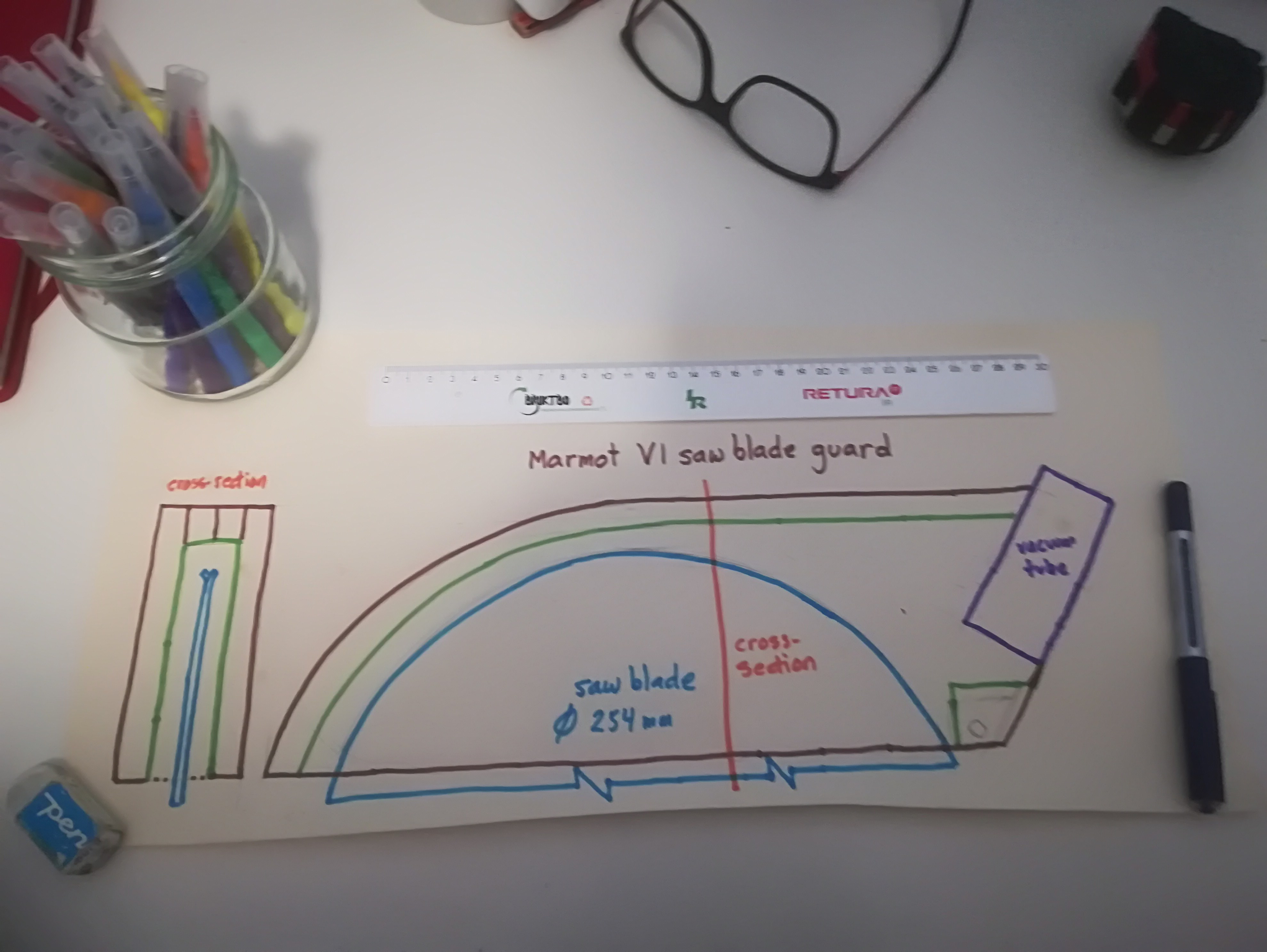 V1 is conceptually the same guard as the original Scheppach guard, but made with 12 mm Baltic birch plywood. The version was made just before I went off to sleep for the night. 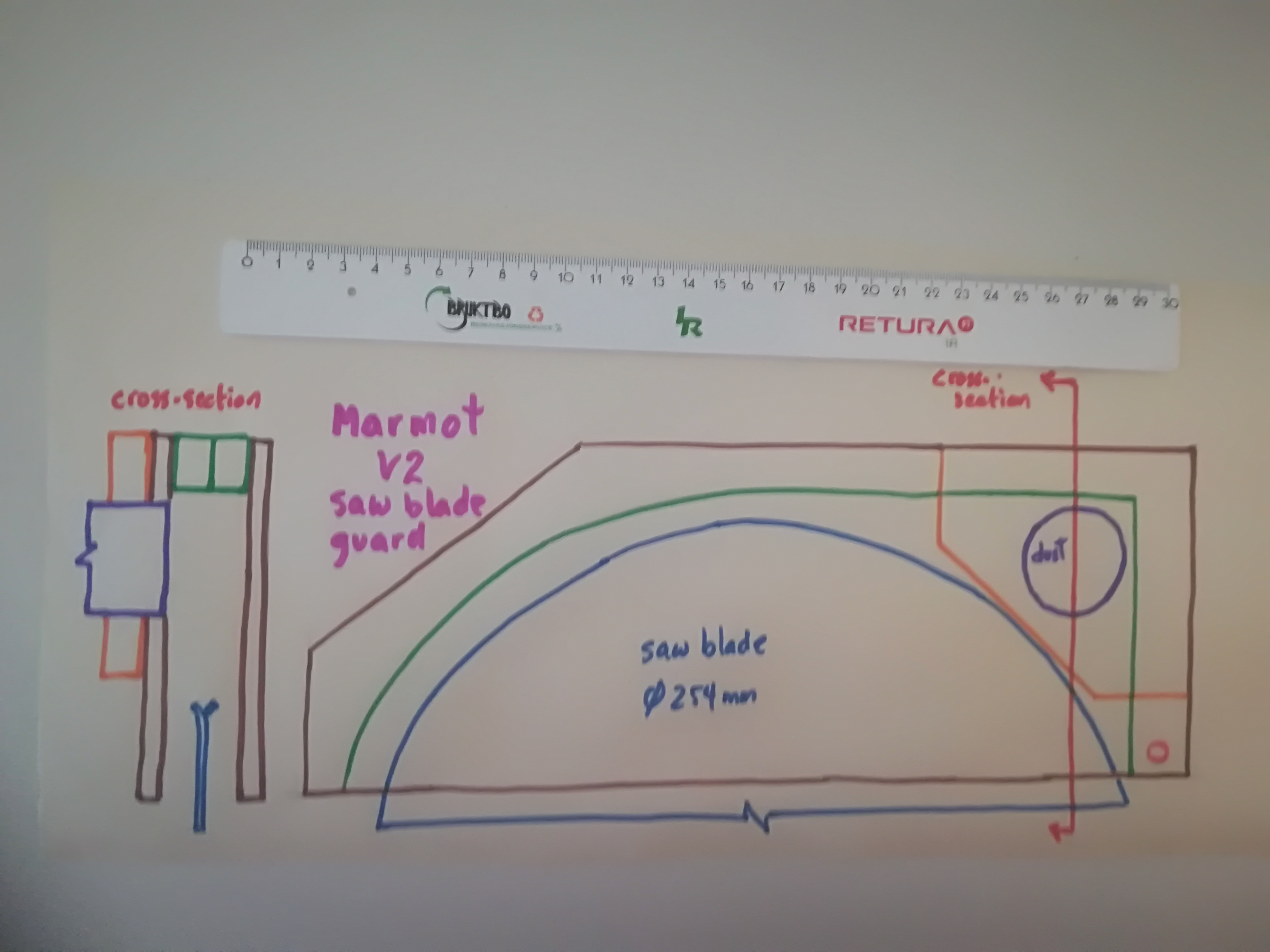 In the morning, when I awoke, I knew there were two changes that had to be made to the guard. The first was the use of 6 mm Baltic birch plywood for the side pieces. This reduced the width of the guard by 12 mm. The second was a repositioning of the dust extractor. It now exits the guard horizontally, rather than vertically. 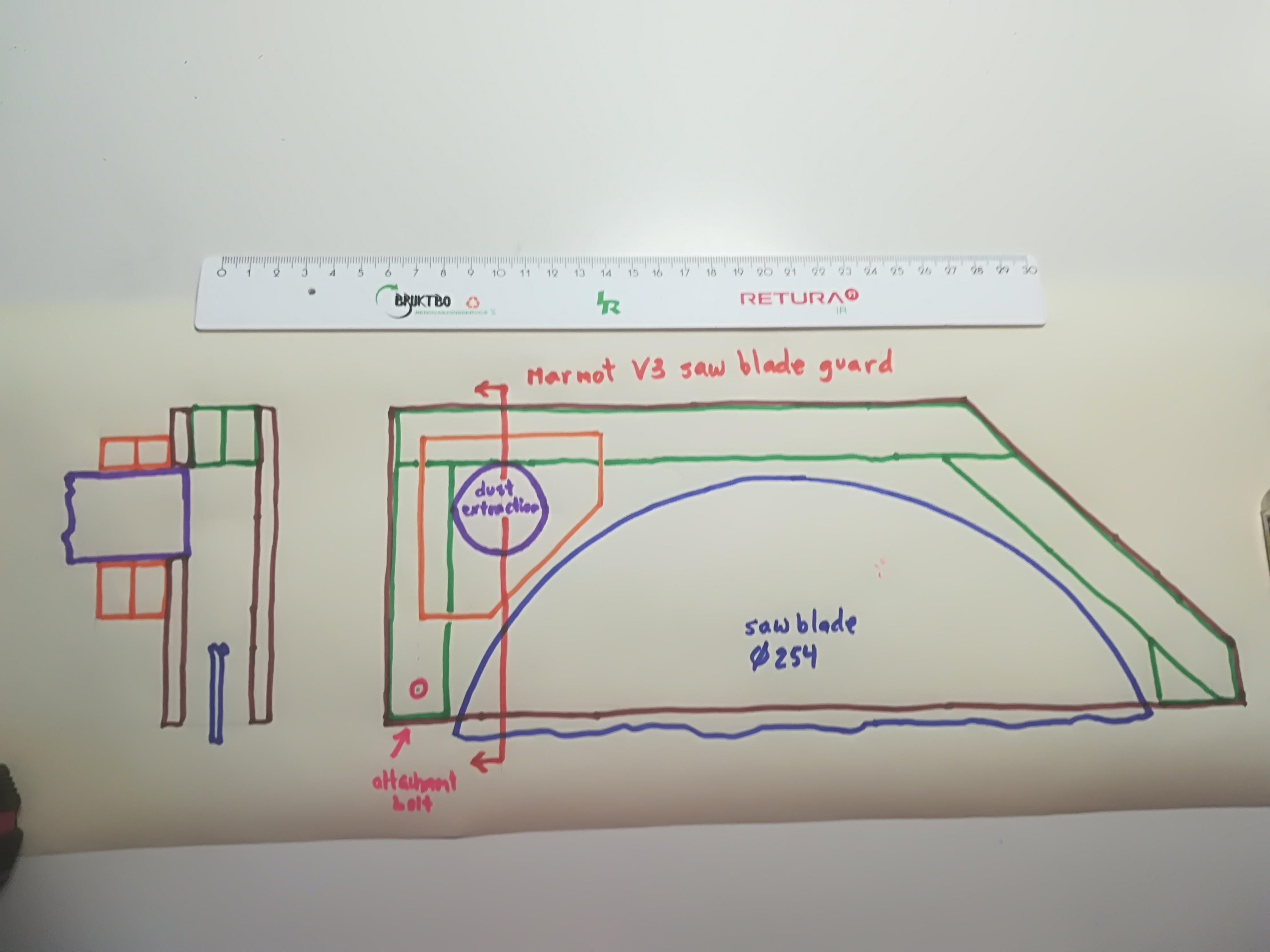 Here the main change was the orientation of the drawing. In terms of materials, I tried to take advantage of the irregular size of Baltic birch plywood. Its sheets are 1220 mm x 2440 mm. When making 600 mm oriented products, this leaves lengths of 20 mm plywood and widths of 40 mm plywood as waste. In this case, this waste can be used to make some of the structural components for the guard, in particular those coloured green in the drawings. No sooner had I made the drawing, than I noticed a logical flaw, which necessitated another version, V4. 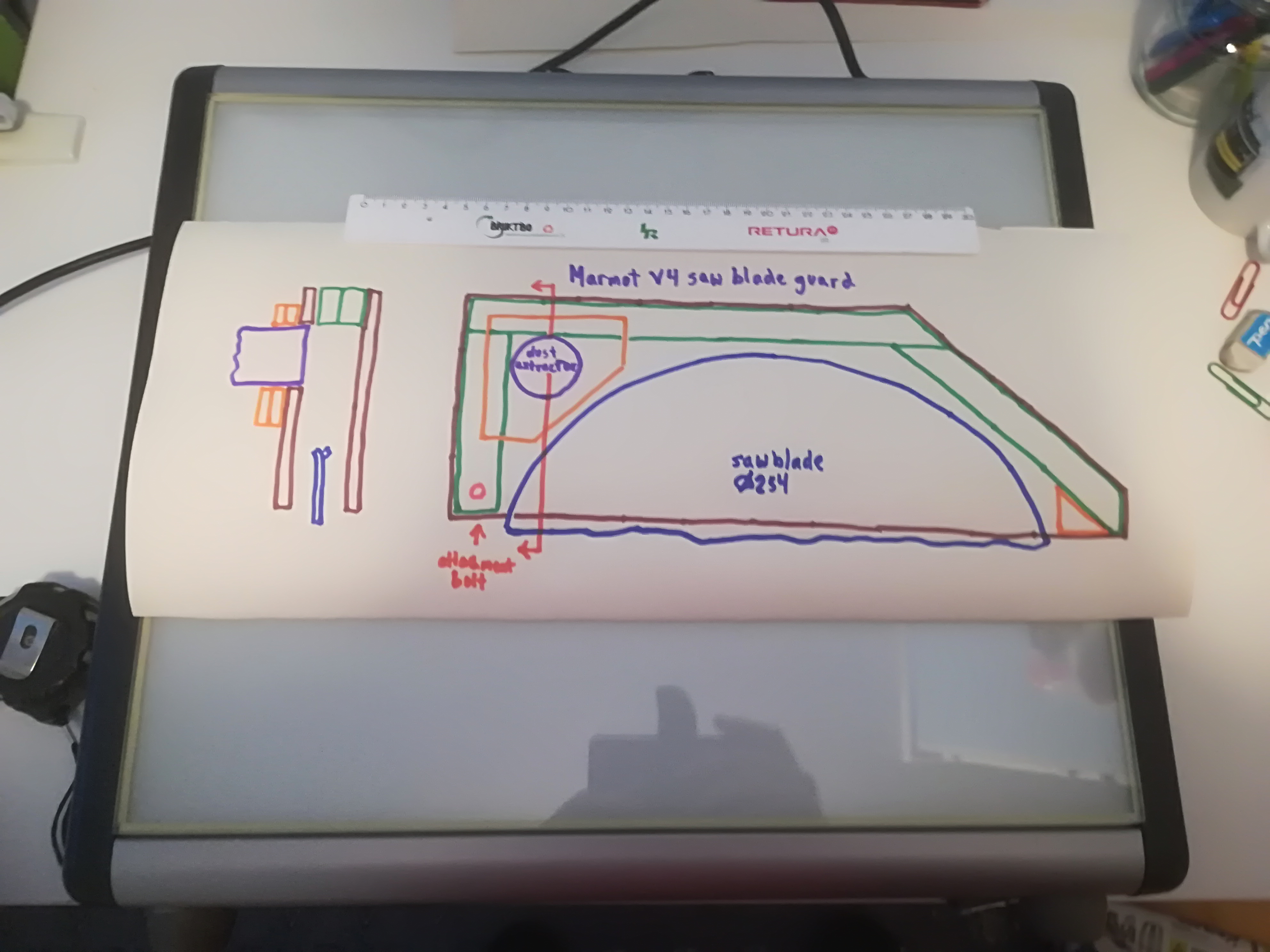 To save time, I got out my light table. which made redrawing faster, but slightly less accurate than using a pencil, eraser and ruler. The logical error involved the thickness of the orange pieces in V4. These are 6 mm in V4, but 12 mm in V3. These pieces originate in the isosceles right triangles removed from the front of the 300 x 110 mm rectangular sides. These have a side length of 90 mm, and a hypotenuse length of 127 mm.  Each of these triangles has two additional isosceles right triangles removed to be used to strengthen the front of the guard. Their side lengths are 25 mm, with a hypotenuse length of 35 mm.

The next step will to actually build the saw blade guard, and to test it out.