While Swam may have placed the first incandescent lamp into a house, Edison’s invention was better. It used an effective incandescent material, a higher vacuum, and a higher resistance that made power distribution from a centralized source economically viable.

Historian Thomas Hughes is less concerned about the lamp, than Edison’s integrated electric lighting system. The lamp was only one component, that combined with the Edison Jumbo generator, and the Edison main and feeder distribution system. See: Hughes, Thomas P. (1977). “Edison’s method”. In Pickett, W. B. Technology at the Turning Point. San Francisco: San Francisco Press. pp. 5–22

Regardless of who is credited with its invention, the implementation of an incandescent electrical lighting system made a major contribution to improving society ever since 1880. Alas, after almost 140 years, LED technology is quickly displacing any remaining incandescent bulbs.

In the early 1960s, early LEDs were low-powered, producing red frequency light. Bright blue LEDs were first demonstrated in 1994. This led to the first white LEDs, which used a phosphor coating to convert some of the emitted blue light to red and green frequencies. Isamu Akasaki, Hiroshi Amano and Shuji Nakamura were awarded the 2014 Nobel prize in physics for the invention of the blue LED. 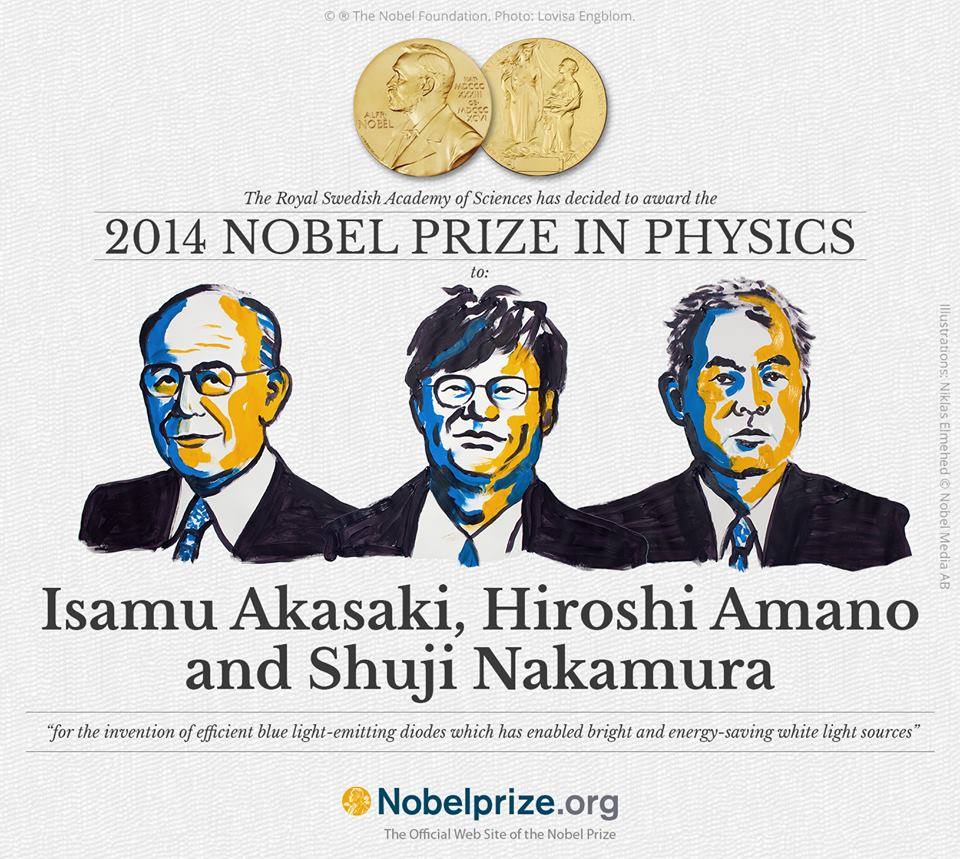 Incandescent light is created by heating a thin tungsten wire to about 2 700 °C Celsius, that emits black body radiation, a broad spectrum light with warmth and a faithful rendering of colors. By surrounding an incandescent filament with a special crystal structure in the glass, energy can be recycled to the filament to create more light. This photonic crystal had to be designed for a very wide range of wavelengths and angles. It is made as a stack of thin layers, deposited on a substrate.

Luminous efficacy is a measure of how well a light source produces visible light, taking into account human eye response. The luminous efficiency of conventional incandescent lights is between 2 and 3 percent, that of fluorescents is between 7 and 15 percent, and that of most commercial LEDs between 5 and 20 percent, the new two-stage incandescents could reach efficiencies as high as 40 percent.

Research into this process is being done by Marin Soljačić, John Joannopoulos, Gang Chen, Ivan Celanovic, Ognjen Ilic and Peter Bermel at MIT.

This means that there could be a new round of lighting technology introduced at some time in the future, which results in another halving of the cost of lighting. This, however, is not a viable product for the moment, and will not be considered further.

The cost of electricity

I began researching this post by looking for rates in Vancouver (Canada), San Francisco (California) and North-Trøndelag (Norway). This research confirmed what I already new. There is no simple formula. However, I did find that the average consumer in San Francisco pays about USD 0.1534 per kWh. In North-Trøndelag it is about NOK 1.07, which is converts to USD 0.1301 per kWh. So, there is not much difference between the two locations.

The cost of light bulbs

It is becoming increasingly difficult to compare the purchase price of incandescent and LED bulbs. Incandescent bulbs just aren’t being sold in Norway. Online stores in the US assure me that 60 W incandescent bulbs can be purchased for about USD 1 each. In North-Trøndelag, a 9 W LED bulb costs about NOK 45, which converts to USD 5.45 (let’s be generous, and raise it to USD 5.50).

LED lamps reduce the cost of lighting by over 84% in comparison to the use of incandescent bulbs.